The image of Günzburg would be incomplete without its districts. While the community of Nornheim had already become a part of the city of Günzburg in 1972, the other six districts of Deffingen, Denzingen, Leinheim, Reisenburg, Riedhausen and Wasserburg, were integrated into the city of Günzburg during the regional reform in 1978 and lost their communal independence. Together, today they form the greater district city of Günzburg with nearly 21,000 inhabitants.

Even if the districts are embedded into the community of the city of Günzburg, they have still retained their character as independent communities. The active club activities in the individual localities play an important role in this.

Deffingen is located on the Günz Valley terrace at the motorway exit Günzburg and the federal road B 16. Deffingen was originally mentioned in the 12th and 13th centuries as a possession of the “de Tafingen” lords. Its fortress stood on the Schlossberg at the northern edge of the locality, but was torn down in 1839. The Schlossgasse road leading to the hill still reminds one of the former compound. Deffingen was purchased by the city of Günzburg in 1571. A notable historic monument is the Church of St. Ulrich in the town center. The choir of the church still displays structural traces of the late Gothic period. During the Bavarian municipal edict, Deffingen became an individual municipality in 1818 and remained so until 1978. Today, Deffingen has about 630 residents.

Denzingen is located to the south of Günzburg in its immediate vicinity and extends from the Günz Valley to summit of the edge of the Günz Valley. With its signs of neolithic and Roman occupation, the locality is one of the oldest settlement areas in the vicinity of the city. Denzingen was first mentioned in the 12th century in charter, when the cleric Sigeboto of Günzburg gifted a mill in “Tainzingen” to the St. Ulrich and Afra Abbey in Augsburg. On September 12, 1944, an American bombing raid hit Denzingen, in which 9 people were killed and numerous inhabitants wounded. The subsidiary church of St. Anna has remained an historic monument, the building of which probably reaches back into the late middle ages. Structurally, Denzingen grew into Günzburg even before the incorporation and today has 1,500 residents. 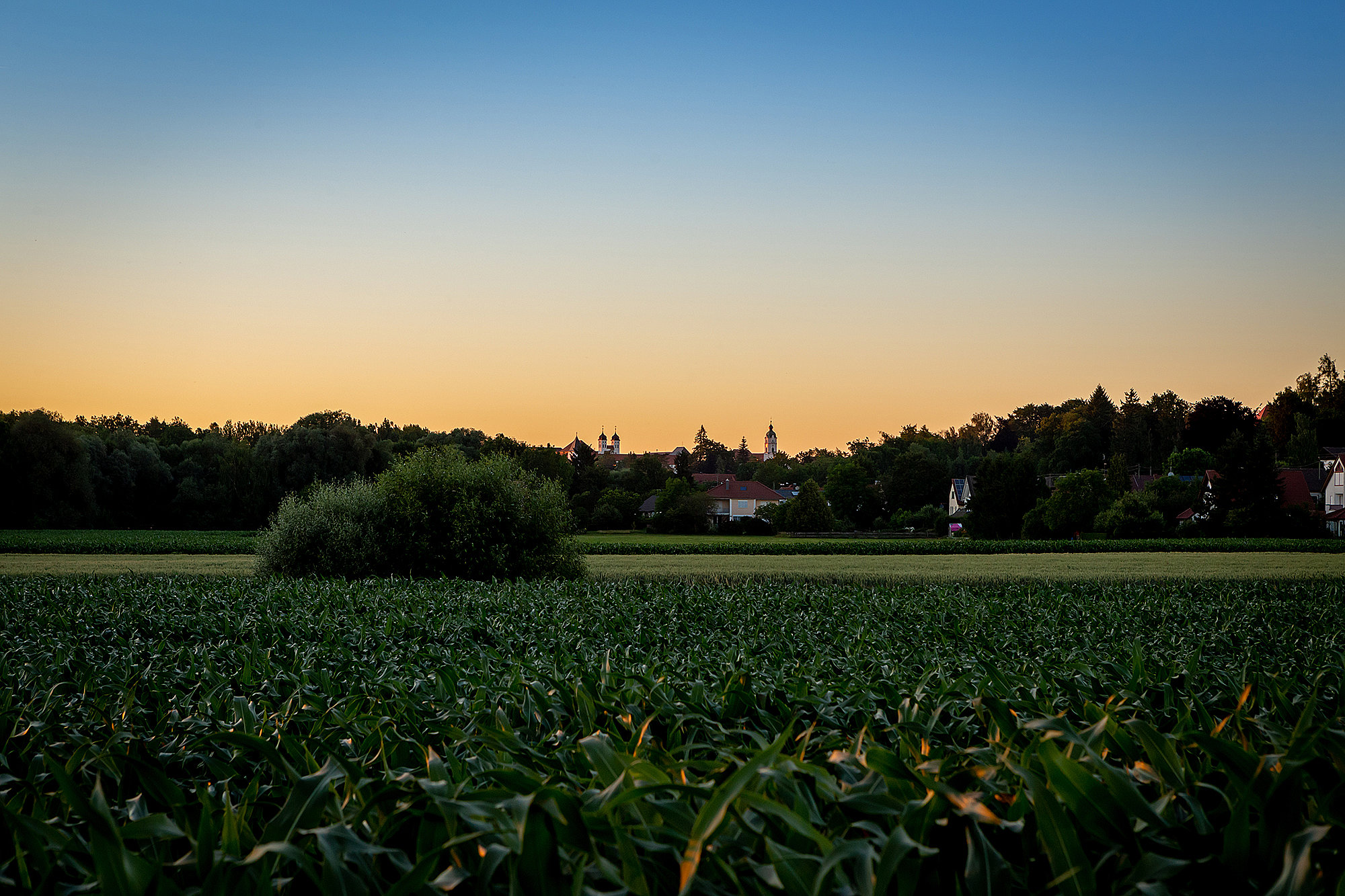 Leinheim is located on the southern slope of the east-west intersection, which uses the motorway to bridge the elevation between the Günz and the Kammel Rivers. The municipality also includes Sonnenhof, near Nornheim. Apparently the extended locale was created from multiple sub-settlements. The lords of Roth probably took over rule of the town in the middle ages. In any case, they were registered multiple times as “zu Leinheim” in charters in the 14th century. In 1454, Leinheim became a territory of the city of Günzburg. The church of St. Blasius and the schoolhouse remain as historical monuments. The church was built in 1715 and was last renovated in 1955. The schoolhouse was built in 1820 and last extended in 1950. Previously lessons were probably given on a farm, which had the house name of “beim Schulmeister (at the schoolmaster's)”. Today, there are about 630 people referring to themselves as “Leinheimers”. 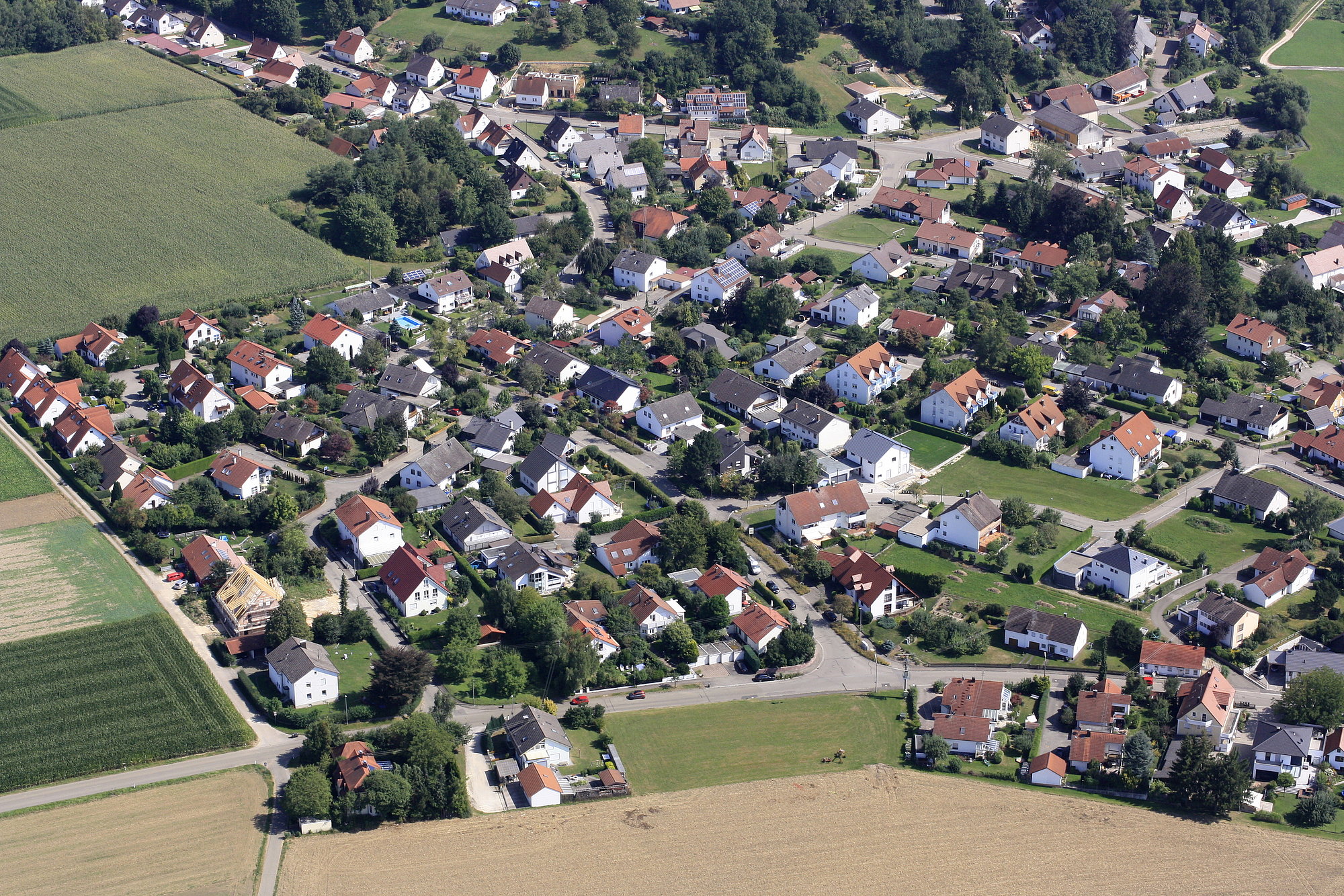 Leinheim from above. photo: Wolfgang Hackel

Nornheim lies on the fertile plain between the Günz and the Kammel Rivers. This current district of Günzburg was first mentioned in a papal letter of protection from the year 1209. In it, the Abbey of Ursberg was confirmed to be the owner of a property at “Nordrunhain”. The most important historic building is the subsidiary church of St. Erhard, which was built in 1631 on the location of the medieval precursor building from the 12th or 13th century. In the surprisingly rich interior there is above all a stucco altar with a painting from the Günzburg painter Franz Josef Bernhard de la Pesterie dating from 1738, and a late Gothic Madonna figure from the late 15th century. Nornheim has a Montessori kindergarten and has 666 residents. 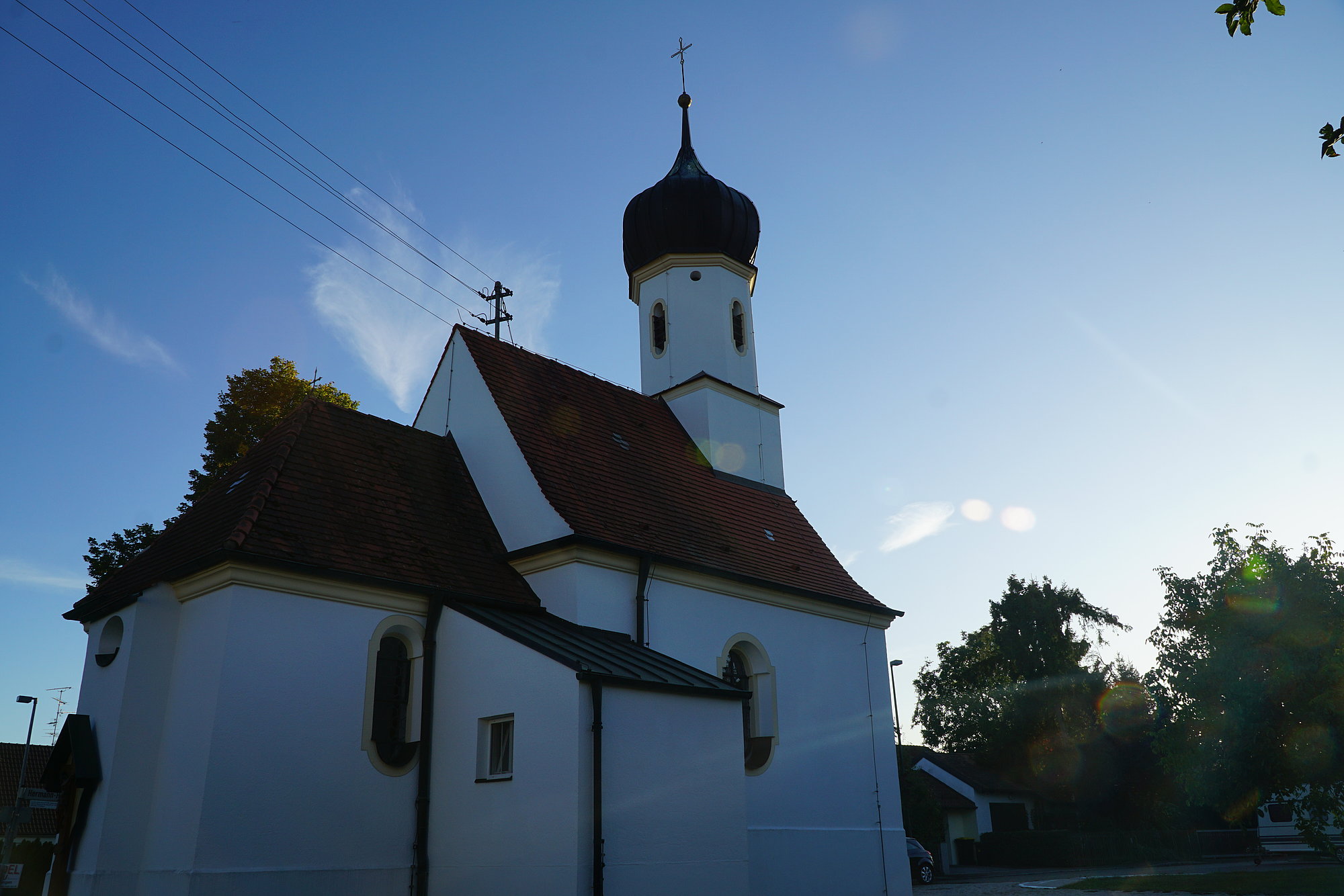 Nornheim lies on the fertile plain between the Günz and the Kammel Rivers. photo: Julia Ehrlich/ Stadt Günzburg

Reisensburg is located in a valley basin on the northeast edge of Günzburg. The symbol of the locality and the entire district is the Reisensburg Castle. It was first mentioned in the 6th century as Feste Rizinis and was a very important fortress for the Alemanni. Additional sights are the Parish Church of St. Sixtus from the 18th century and the Kreuzberg (former Calvary Hill). In 1747, the Kreuzweg was officially established and inaugurated, and completed in 1828 with the construction of the Kreuzberg Chapel. The municipal grounds at the edge of the village were laid out in 1814 at the behest of the Head Forester Gottlieb von Greyerz. In 1889, the city park came into the possession of the city of Günzburg, which completely redeveloped the grounds in 2015 for its 200th anniversary and re-opened it. Riesensburg has a catholic kindergarten, a primary school with attached gym and multi-purpose hall and is also the seat of the conference and scientific center of the University of Ulm. Reisensburg has about 2,100 residents. 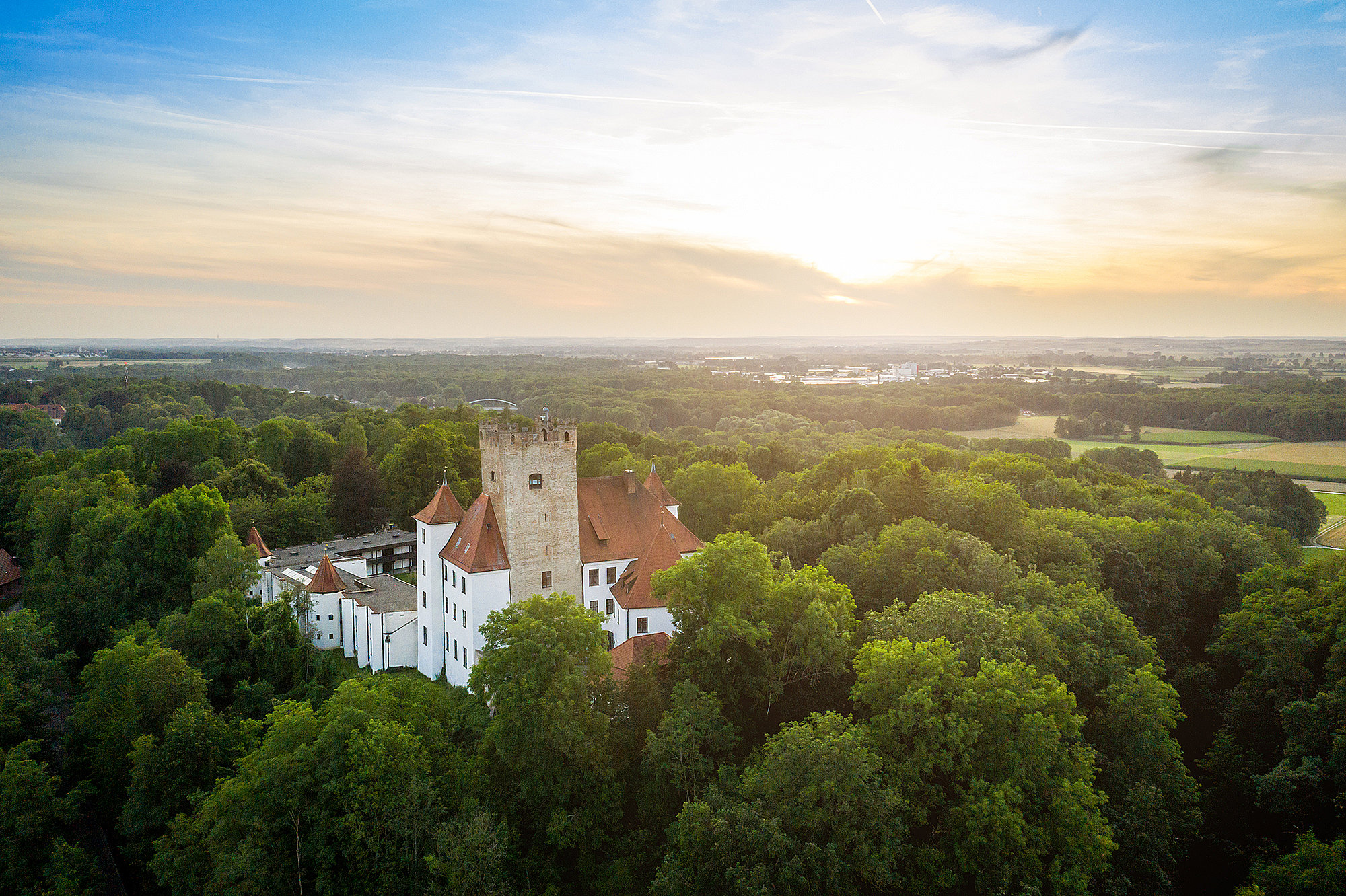 Riedhausen is located 8.5 km to the north of Günzburg near the Württemberg border, in the midst of the broad Danube fens with its numerous quarry ponds. Traces of a fortress stable in the town remind one that Riedhausen was the medieval seat of the chivalrous family named after the town. A knight “Fredericus de Riethusen” was mentioned in a charter for the first time in the year 1219. Only later in the 15th century was the local ruling family rediscovered, with the sons of the Ulm patrician Hans Strölin the Elder sharing the estates of Riedhausen. Due to a pressing load of debt as a result of the 30 Years’ War, in 1675 the subjects of Riedhausen entered into a tenantry agreement with the estate owners, which lasted until 1921. In addition to the dissolution of the tenantry agreement, there was the influx of Transylvanian Saxons after the Second World War, which nearly doubled the population, a milestone in the recent history of the village. Riedhausen has about 430 residents. 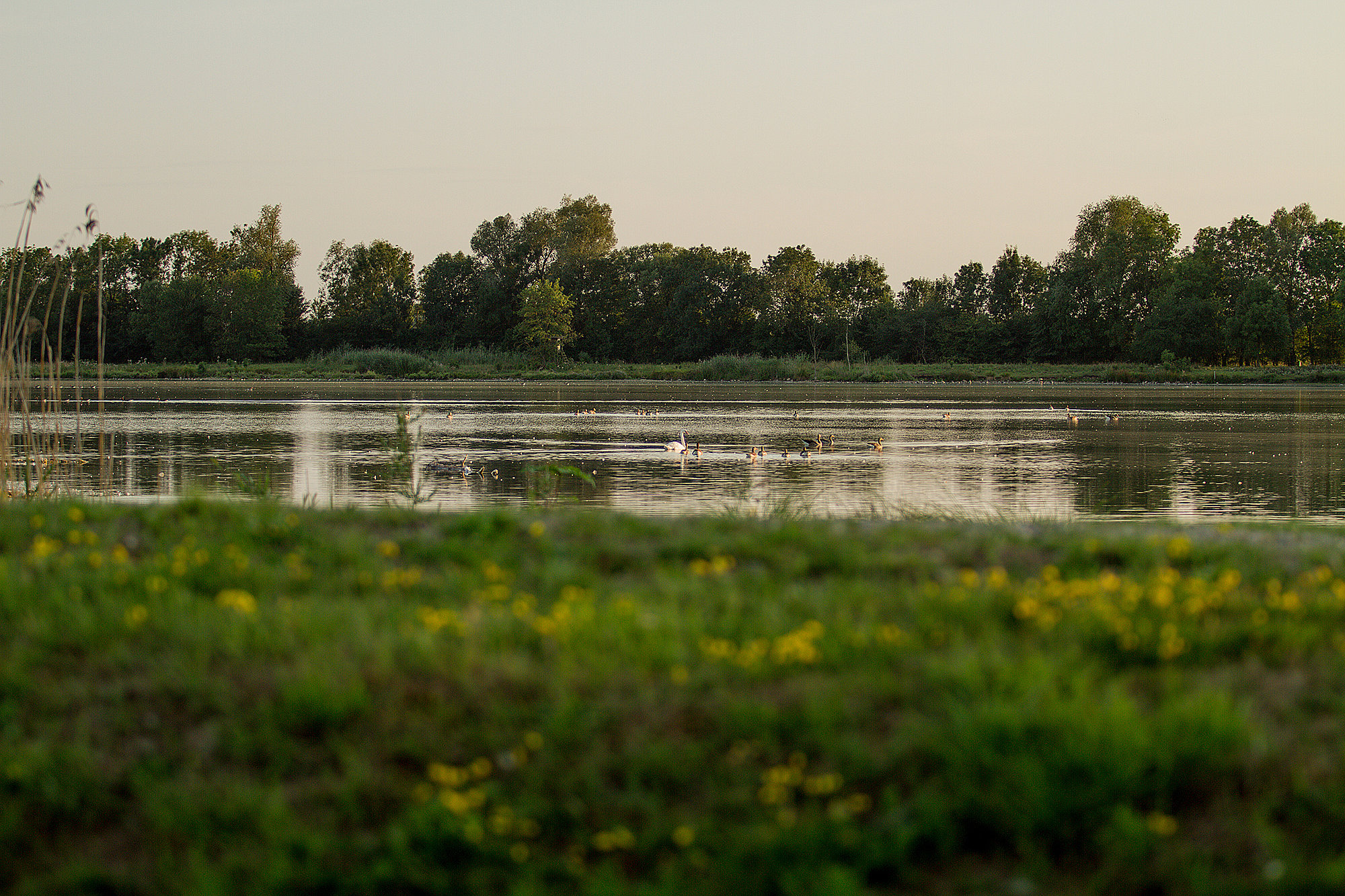 Riedhausen is located 8.5 km to the north of Günzburg near the Württemberg border. photo: Philipp Röger für die Stadt Günzburg

Wasserburg is located between the Günz River and the western edge of the valley, along the Kötzer Weg road. With its settlements, it grows in the southwest on the hill of the edge of the Günz valley; to the north the village flows structurally into Günzburg. The eponymous (water) fortress was erected in the middle ages between two arms of the Günz River and was supposedly set alight and burned to the ground in 1465 on the orders of Emperor Friedrich III. After multiple changes of ownership (including Mayor Christa Wall), Wasserburg was transferred in 1719 to the master huntsman Johann Josef Baron of Imhof in Untermeitingen. He extended the existing mill to become a stately home, had a few residential homes built in the area and thus laid the cornerstone for the current village of Wasserburg, which became part of the city of Günzburg in 1748. Wasserburg has a kindergarten and a primary and secondary school and has about 940 residents. 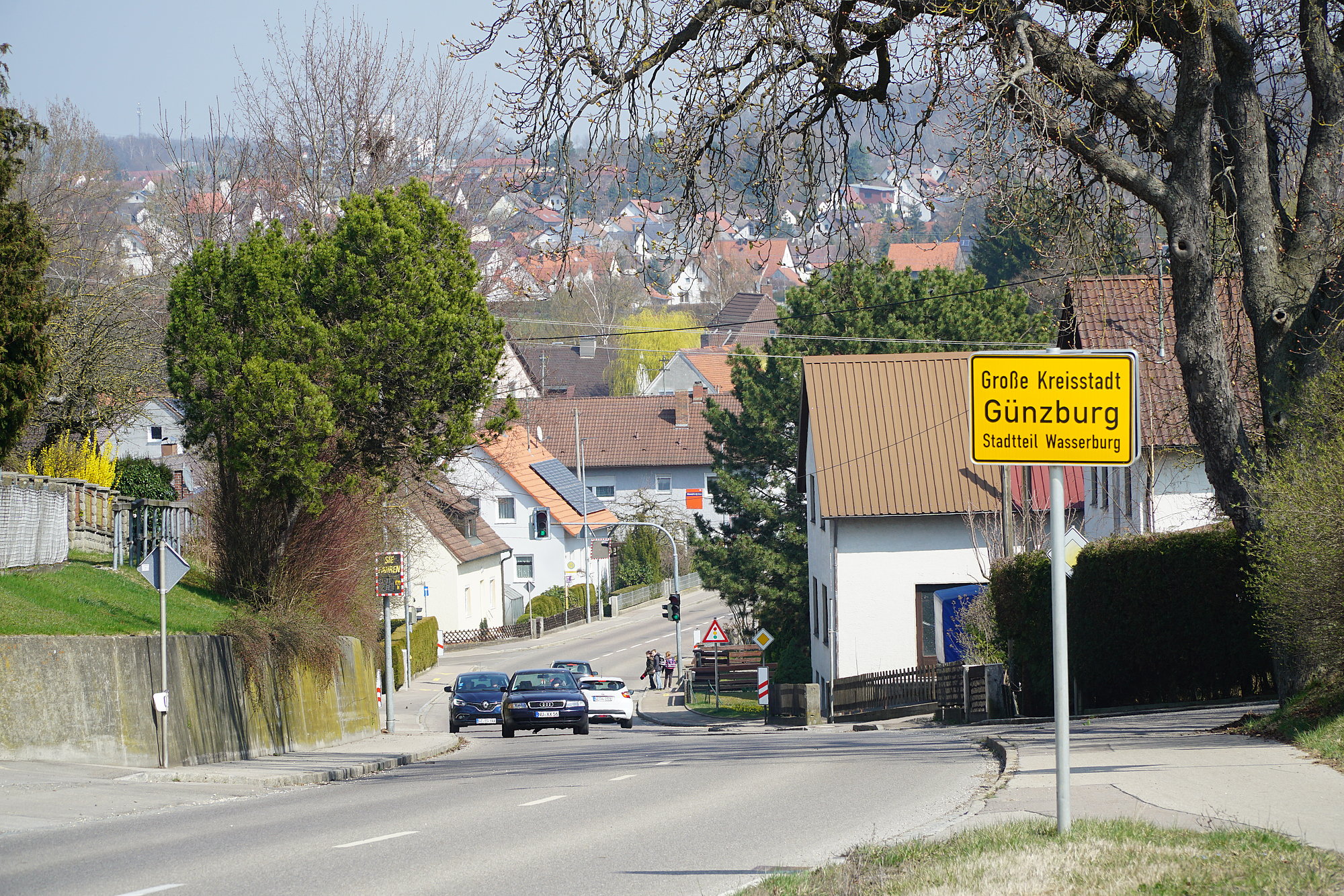 Easter to the beginning of November
Monday-Friday: 9 am to 6 pm
Saturday, Sunday and Holidays: 9 am to 2 pm

Beginning of November to Easter
Monday-Friday: 9 am to 2 pm

Here you will find an overview of all cookies used. You can give your consent to whole categories or display further information and select certain cookies. Your consent is voluntary and can be revoked at any time by deselecting the selected cookie category(ies) under "Change Cookie Settings".
Accept allSave
Back